5 years on from Rio Olympics  and Tim and Jonelle are joined by Jesse Campbell (with Bundy Philpott as reserve rider) for the 3 man team for Tokyo 2020.  Just a year late and with not only a new format but serious covid restrictions mean this is a very different Olympics to those that have been before but despite everything the atmosphere going into the jog this morning was still pretty electric.  There is a buzz about team events that mark them out as different and any championship carries with it the hopes and dreams of years of work to get into that position.  It is a relatively young team of horses with Vitali and Diachello ( Danny) making their debut and Grovine de Reve (Reve) following on from his WEG individual slot three years ago and they all looked very confident heading over to the ground jury.

They jogged on a strip just in front of the main arena and it was a very drama free few minutes in front of the powers that be.  Some signs of normality with Pedro acting as chief steward and smiles all round as our crew flew through the formalities and Chef d’Equippe Graeme Thom dropped off the all important running order.

NZL runs 13th out of 15 teams and Jonelle and Reve are our pathfinders starting dressage at 9.52 local time on Friday.  Jesse runs number 2 at 19.20 on Friday evening and Tim runs number three with his test at 10.38 on Saturday morning.

Our stables are air-conditioned and we share our half of the barn with the Aussies so its a fun atmosphere and good to have our jumpers here too.  The grooms are an amazing group supported by super vet Christiana Ober, physio Alice Dorman and farrier Jack Young. We are restricted to the village and venue, or in the case of support crew hotel and venue but we get to drive through Tokyo twice a day and it is a vibrant and stunning city with a skyline that is unique.  It’s such a shame that we don’t get to see anything else of it but the mere fact that we are here and actually off and running is a mini miracle in itself.

View from the hotel floor no. 32 below: 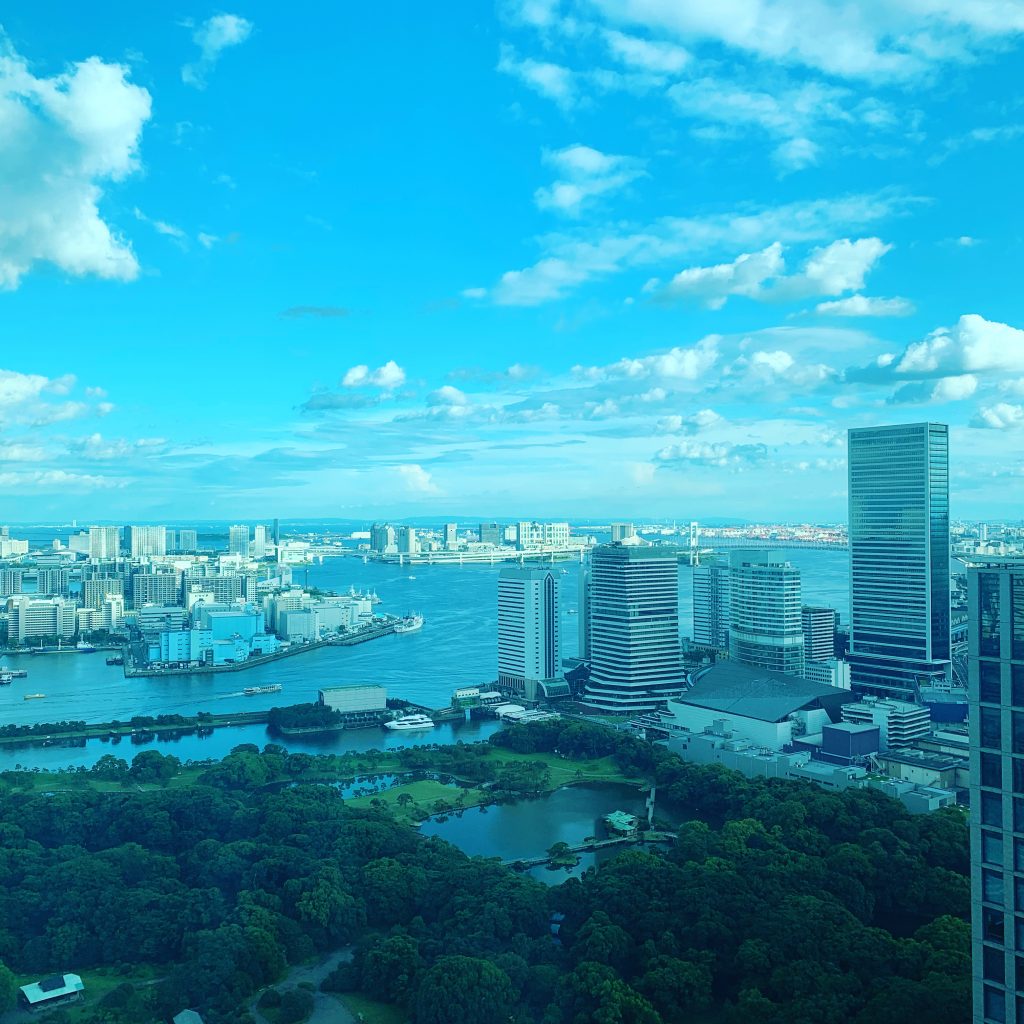