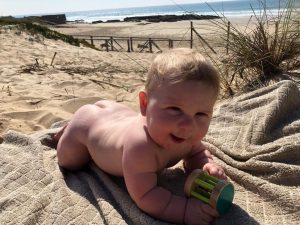 Stunning pictures coming through from sunny Spain just so we totally know what we are missing out on…or for those owners heading over, what they are likely to be a part of!  I cant see Gatcombe in March throwing up the same vibes and as we head into next week with forecasts of plunging temperatures, snow, bitter North East winds and not much else to look forward to Spain seems to be a great option.

There is a plus side however; Tim is flying back mid week to fulfill a couple of personal duties and to ride the ponies he has left at Mere Farm.  Sweet that it coincides with the return of winter I have to say.  Just look at the crew currently enjoying the trip: 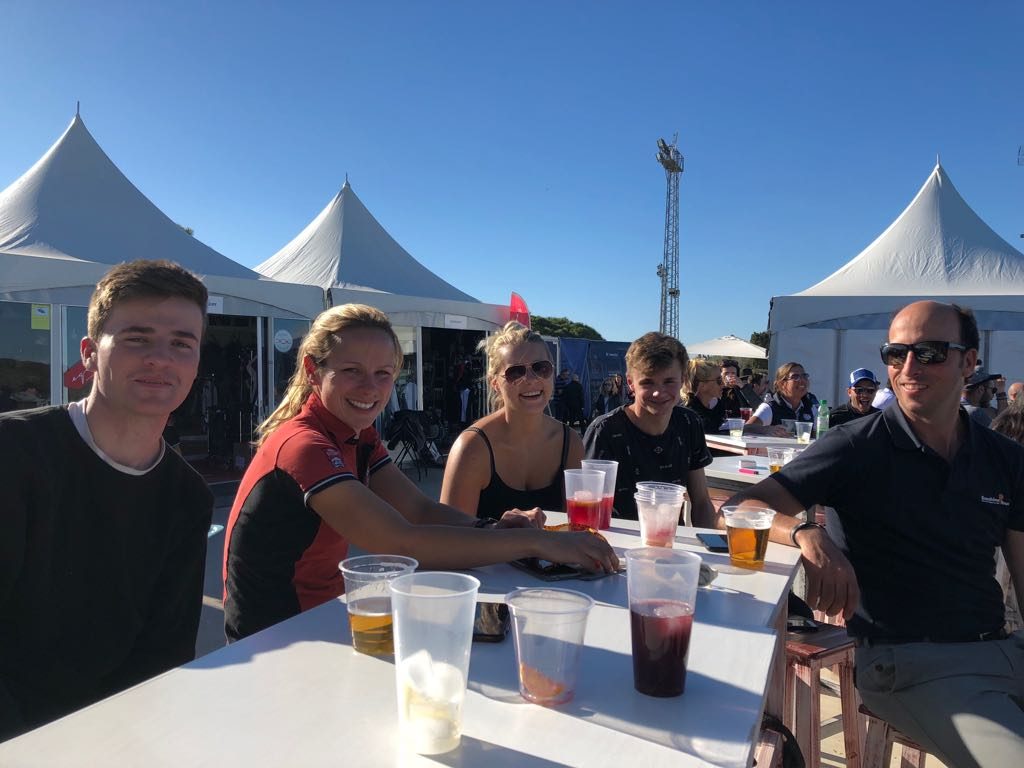 Jonelle of course has no intention of returning to the UK until Spring has broken ( and who could critique that decision?!).  I mean look at that February sky!

Transport in Spain seems to have been solved rather magnificently by Michael’s old scooter which has done sterling service in London and now finds itself in the middle of Andalusia being used as Tim and Jonelle’s commute vehicle.  I presume Otis has his own means of transport but that is not a guarantee…. 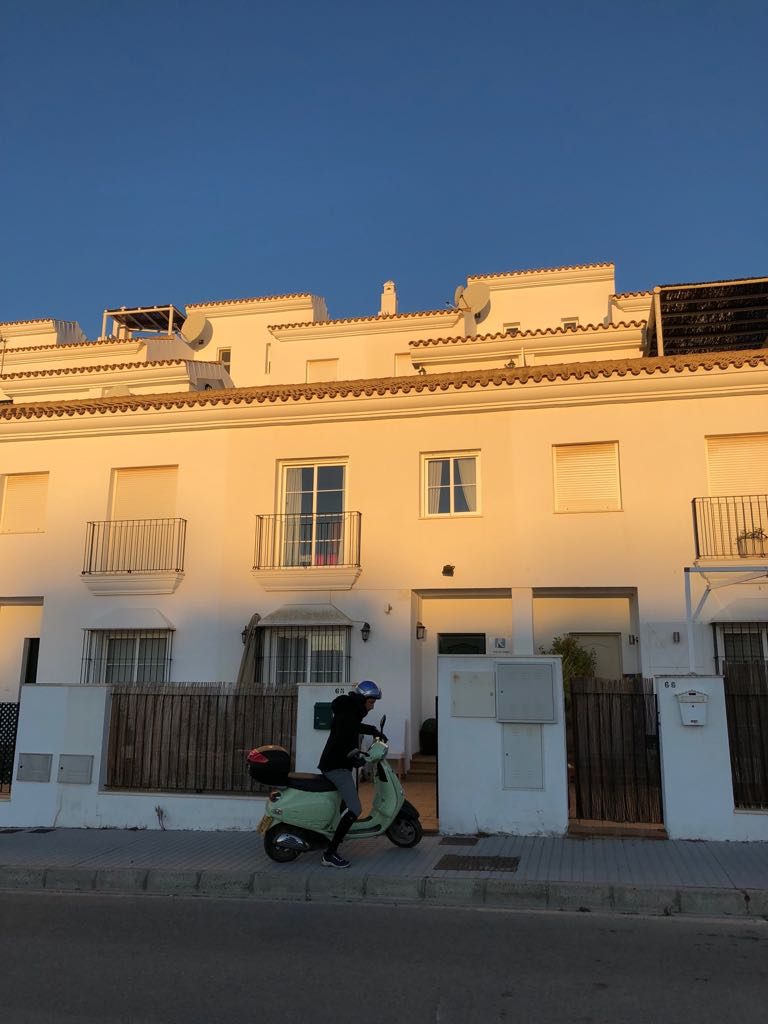 Reports back from T and J are happy and ( slightly nauseatingly ) full of the marvelous weather but they say they jumped 12 of the 14 horses in the clear round rings on Monday and they head into the first CSI this weekend with the troop of 14.  Its a big string of horses and they don’t get much spare time but they did manage to take Otis and Scooby Doo for their first ever beach trip this week!

And just look at the arenas… 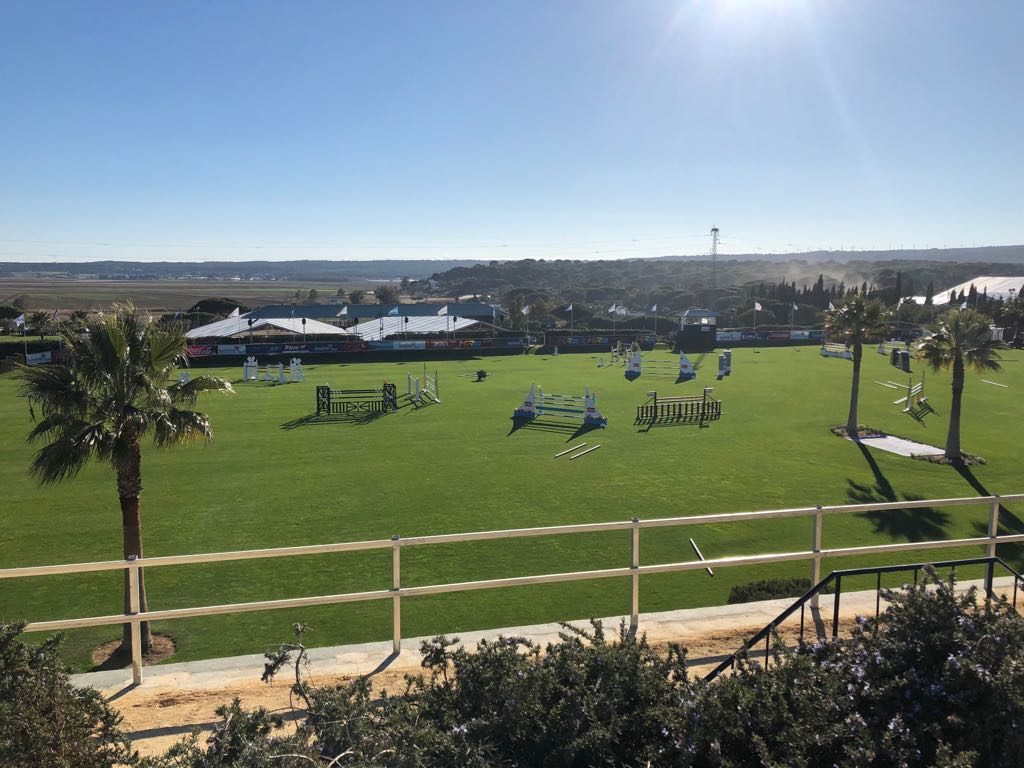 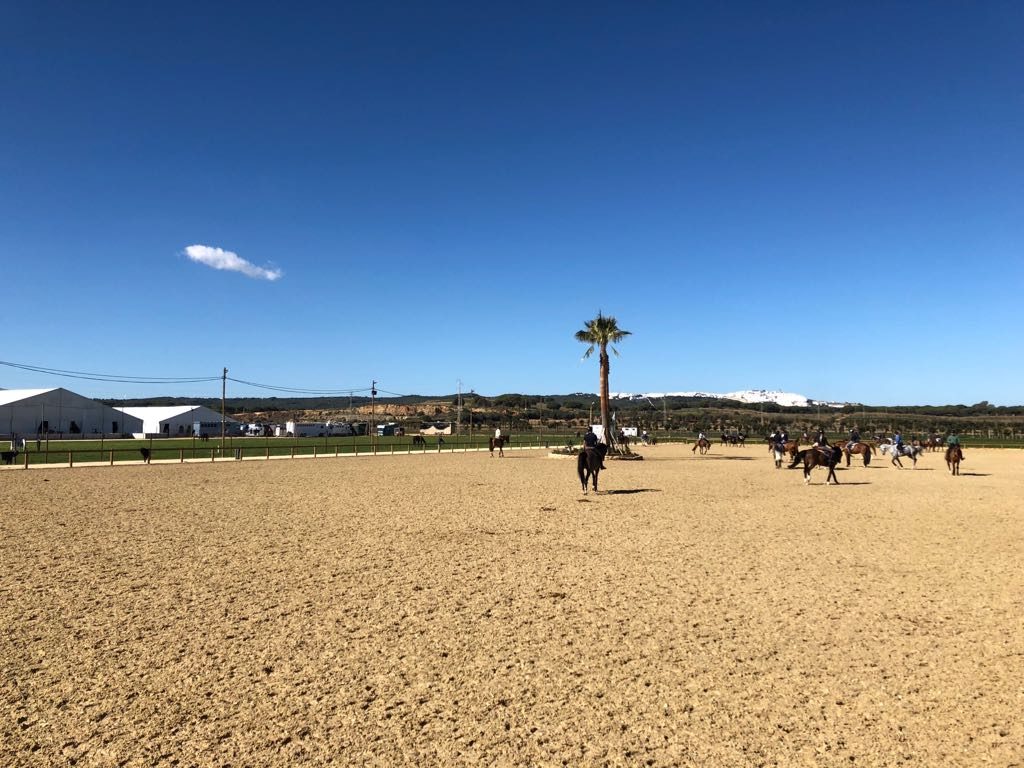