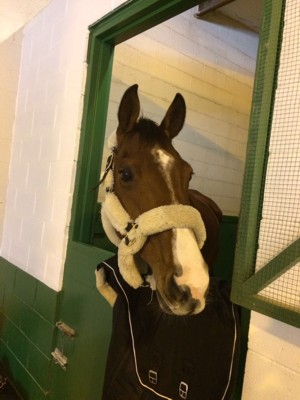 Plans, trains and automobiles have all played their part and now we have Ringwood Sky Boy ( Ozzie), Beth, Tim and Christiana in Kentucky! Jonelle is in New York hanging out with Alice Boyce until Wednesday and Varenna Allen and her daughter Sophie will also be in Kentucky by now. Not without drama although for once it was all Christiana’s and not Tim’s! Having boarded her flight early and sent positive texts to all and sundry Christiana then sat on the runway for a couple of hours. American Airlines then announced the plane was broken and all passengers had to disembark. This left Christiana at the back of a queue of some 200 people all determined to get to the USA that day and an extremely unhelpful AA rpresentative on the desk. With a sort of “computer says no”” attitude Christiana was left to sort out her own itinery and subsequently ended up on finding her own AA flight to Cincinnati via Chicago and point blank insisiting the girl then booked her on it! Being an enterprising soul as well as an outstanding vet Christiana then drove herself from Cincinnati to Lexington, finally arriving in the small hours of Monday morning.

Tim reports Ozzie to be in great form. Beth has said that Ozzie certainly travelled in better style than she did, as you can see by the photos she sent me! Their travel buddies were Aidan Keogh’s Master Tredstep and Zara Tindall’s High Kingdom from the UK and they met up with Maxime Livo and Micky Jung’s horses in Amsterdam.

The official Rolex web site is:

The very best coverage of all things Rolex including live interviews and leaderboard updates will be on Evening Nation:

The live coverage looks to be only available on FEI TV as always and that is unreliable at best!

Back to Latest News ……