Skip to content
Home
/
Horse and Hound interview with Jonelle. 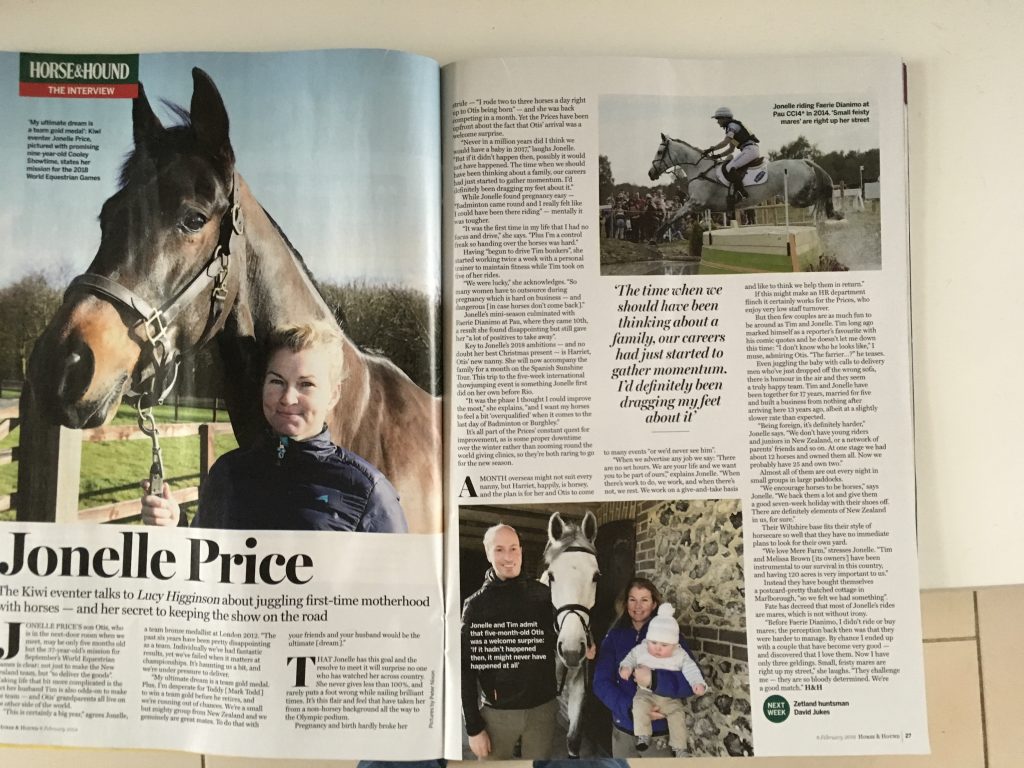 Jonelle featured as the main article in this weeks Horse and Hound with a great interview with Lucy Higginson.  Jonelle reflected on the “surprise” of Otis’s arrival in 2017, her hopes for Team Gold in Tokyo and hopefully WEG before that and is candidly open about the fact that if Otis had not come along when he did then it may never have happened at all.

It’s a fun and entertaining insight into the lifestyle of one of the sports most popular couples and although we know them so well it is easy to forget that this is intrinsically a British magazine so its quite the honor to have a double page spread dedicated to a Kiwi! There is also a touching quote where Jonelle acknowledges that she was “lucky” to have Tim to take over her rides and not to have to outsource them as many women riders have to do during pregnancy.

Fourteen horses depart for the Sunshine Tour on Monday ( not jealous, not jealous at all) with Tim and Jonelle flying down on Wednesday.  There are plenty of good horses still left at Mere and Tim is planning on flying back and forwards over the 4 weeks to keep jump schooling and flatting the advanced and intermediate horses.  The season plan is nearly completed ( apparently!) and for those of us stuck in the Narnia of mid winter there is the thought of lots of photos of blue sky to come from Jonelle….