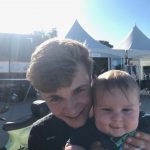 Lots of news from the sunny South and everyone seems to be having a great time on the Tour. Tim Rusbridge is pictured above on an early morning ride with Tim and Jonelle ( He has taken 5 horses down to join in the fun!) All of the horses are on flying form and loving the climate and Tim and Jonelle have both been delighted with the rounds that the horses have jumped so far. And everyone gets to take a turn with Otis!

A new rule this year is that you can only start two horses per class which has meant that, as Jonelle put it, both Cloud Dancer (Marley) and Classic Moet ( Molly) have had “to take one for the team” and start in the 1m30 class.  The 1m20 is apparently not just smaller but a genuinely softer option within a much smaller ring so both Marley and Molly got a bit of a wake up call when they cantered into the big arena!  Jonelle posted a great video of Marley on facebook and as you can see, he really is busting a gut… and with some canter power as well.

As the temperatures plummet here its good to see the team and some of their owners enjoying the Grand Prix in the sunshine.  We have what the Met office describe as “highly disrupting snowfall” on the way which is not really a very helpful term as we all know that the UK simply grinds to a halt with 1mm of snow on the ground.  To be fair, that is mostly due to people either driving at 5 miles an a hour with the wipers going extra fast or the ones who decide that this is the exact time its worth going for the World Land Speed record in order to get up the hill which usually results in a shunt and a long queue of traffic behind. C’est la vie and all that! 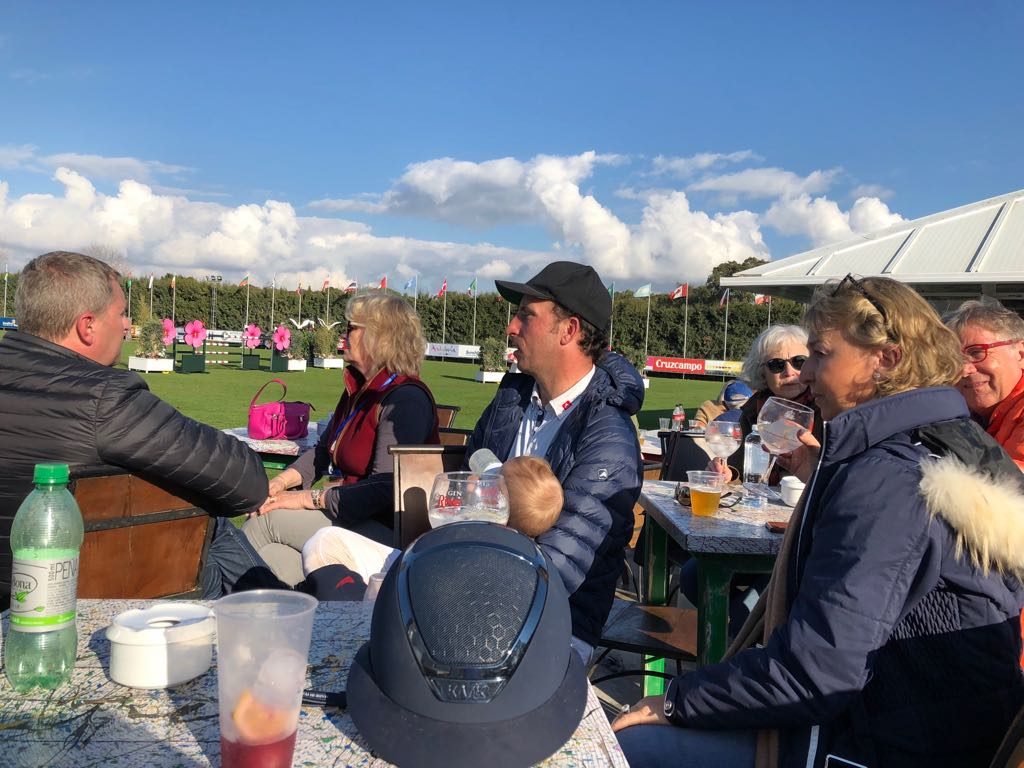