Skip to content
Home
/
First week on the Sunshine Tour 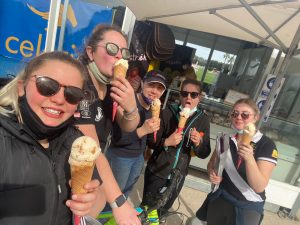 The lead photo says it all really…blue skies, happy horses, happy people (see left!) and a sense of being able to start off the 2021 season in the best way possible for Team Price.  Tim and Jonelle have done this Tour for the last few years and there is not a single horse that has not benefited in some way from the experience.

The Tour is run under strict Covid regulations and despite being a huge operation everyone is happily compliant as the alternative is to shut up shop and go home.  Most people there experienced that last year and that’s not fun in any way shape or form!

The horses travelled well as always with GGH Transport and the support crew tagged along in a packed to the rafters Maxi Team Price lorry behind them. The “we wont name and shame” driver error was losing the steps to the living on the exit of a service station which was the only unscheduled part of the journey which actually went more smoothly than everyone had forecast with the new Brexit rules in place. The young horses started jumping on the Tuesday having arrived at the venue the previous Friday.  The age classes are for 5, 6 and 7 year olds and you can only jump HC in them at maximum 1 year older.  Jonelle has a 5 year old in the recently acquired Cooling Seeing Magic (Guthrie) and he jumped a couple of rounds like he had been doing this all his life! Jonelle describes him as being a “true gentleman and a real Saint” which is not how Jonelle normally gets to describe her young horses!  Tim has a 6 year old in Efeba (Kanga) who has found the showjumping phase in her youthful evening career the trickiest to get the hang of. Lo and behold take the Spanish bred mare back home and she has jumped three super clear rounds! Viscount Viktor, (Viktor), Chio 20 (Chio) and Chevalian Torpedo (Pistol Pete) are all 7 year olds that are a bit behind the curve, Viktor and Chio mostly due to their half season in 2020 and Pistol Pete because he is a “Hold my beer and watch this” type of chap which means he didn’t even get a half season in 2021. Jarillo (Milo) is another newcomer to the team and he has impressed everybody with his scopey careful jump and undoubted ability. Tim spotted him in a warm up ring at the end of last summer and identified the talent and they moved swiftly to purchase him which is really looking like the smart move now. Milo is also hopelessly in love with Classic Moet (Molly) which shows his impeccable taste! They have all jumped well HC 1m20 classes and enjoyed the weekend off when the older horses got their chance to get back into the ring. 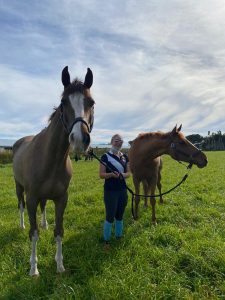 Jonelle has more advanced horses than Tim so she is slightly restricted in that you can only jump two horses in each class which meant that Diamante (Monte) and Faerie Magnifico (George) got the 1m20 starts, Killbunny Andy and McClaren (Mac) for the 1m25/1m30 and Grovine de Reve (Rev) and Classic Moet (Molly) had to start at 1m30.  NZ showjumping coach Luis Alvarez is advising and Jonelle says he is making her “go fast” on some of the horses “which is taking her out of her comfort zone” but she also says that is good to be challenged. Andy has jumped a couple of very solid clear rounds, Mac has all the pure show jumpers hanging over the rails to watch as always, Rev jumped his socks off in his first round and only had a rail in the second when Jonelle was following the “go fast” advice and turned up quick to an oxer. Molly was the star of the show by picking up the most prize money this week (€38!) finishing up 6th in a whopping great class…. we know Molly is fast but at 18 she is also starting to produce some shape over the fences instead of her preferred ‘world hurdler” style. In fact Jonelle has also picked up prize money on Rev and Guthrie to take her total to €68 for the week.

Tim is a bit hampered by having to jump half of his HC and not having as many advanced horses! His total for the week is €15 on Midnight Galaxy (Herbie) who got lucky to start in a 1m 10 which he bounced around easily and looked very grown up. He is our cover star this week….

The weekend for Tim meant his two advanced horses, Vitali and Ascona M (Ava).  Vitali and Tim are a new partnership for 2020 and they have gelled so quickly and looked to be totally comfortable with each other in the ring.  Vitali has been produced to advanced by a few Kiwis and it’s testament to their training and Tim’s horsemanship skills that they both look so relaxed together. Ava is an “I will do this my way” kind of girl and she doesn’t make life easy for Tim but her talent is breath taking and it was great to see her back in the limelight. Tim commented that he was “super happy” with all the horses progress through the week and particularly the way that the young horses were packing so much learning in.  As he says, the weather certainly helps and added that he felt “that we are being super productive with the horses and we haven’t had that feeling for a while”.  Too true… we were lucky to be eventing at the back end of last year but it was a mad scramble each week with events changing by the day and endless swapping of horses and frustrated planning. 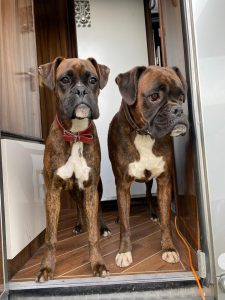 Jonelle summed up by saying “We have probably had the best first week ever” which is great to hear. The local town is still all closed up so there has been no chance to get out for supper like normal but with Tim Rusbridge and Chris Burton parked up with them its a pretty big and fun group of people.  Rusty has a 6 or 7 month old puppy with him who has totally adopted Scooby as his mentor.  Scooby wasn’t having a bar of him at the beginning of the week but has now resigned himself to his new role as Yoda. It is lucky for Kobe that Scooby has really come of age now he is three, even a year ago he would have been more Darth Vader than Yoda.  And finally… someone is thinking he is a pretty cool dude hanging out in the sun…. 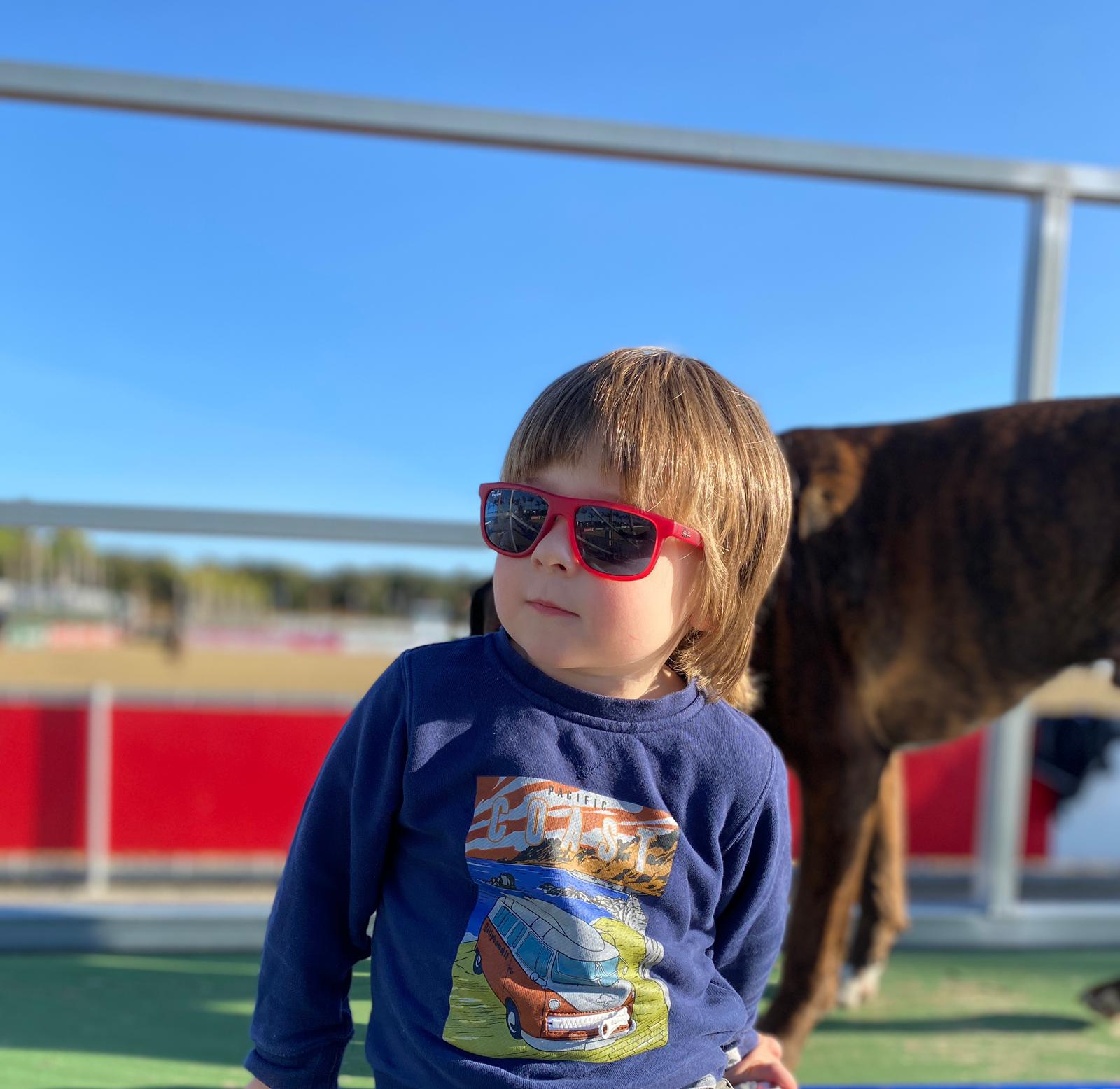