A cracking day at Barbury in glorious sunshine and everyone hugely appreciative of the new Muskateer management which saw the main arena see every single class get to showjumping in it from the BYEH classes on Thursday through to the huge novice sections which jumped all day on Friday.  It is a unique arena with its split levels and a real educational experience for the younger horses and much more fun for the spectators to watch than three days of dressage!

Always difficult at Barbury to find any flat land for the dressage but although not totally level, they had been well watered and had good grass cover.  Jonelle and Cooley Showtime ( Eddie) just pipped Cloud Dancer ( Marley ) in the CI3*S with Eddie sitting on 31.4 and Marley on 31.6.  They were in different sections but both the A and B were not throwing marks away with huge numbers in front of them to judge over two days.  Tim and Bango ( Uno) were having their first outing since the aborted Badminton cross country and Uno showed his experience to pip both of them with a 30.3 despite a couple of head flicks when the flies really did annoy him!

Grovine de Rev is the sole Price representative in the CI4*S and he did a good test with Jonelle for a 30.2 which would have made it into the 20’s if the first change had been a bit more through!  The overall impression was one of massive improvement and Jonelle was really happy with him as Rev is just running two phases at Barbury as a prep for Jardy next week.

While those guys don’t get to go jumping til Saturday the novices got to run everything today. There was a drinks party planned for the evening to celebrate Tim becoming world No. 1 and he spent the day casually winning a couple of classes along the way as has become the norm!

Jonelle did a super smart test on Gino Gingerino for a 23 and it was a shame that he just tapped out the planks to add 4 faults.  Adding 6 time over the beefed up cross country course was good enough for 6th spot and some more BE points to add to his tally. Curly Girl is a bit shorter on experience but her 24 dressage shows how flash she is.  She found the showjumping in the Silver Fox arena fairly daunting to begin with but after a couple of early rails where she struggled to focus she got her act together and got better and better.  A great round cross country where she loved the challenge left everyone in no doubt that she is s a star of the future.

Tim and Emotion ( Emma) had their first start back since their hugely successful outing to Tatts where they finished top 10 in the CIYH2*S class and they proved they had only gained from that with a pillar to post victory in their novice section adding nothing to their dressage of 26. (See photo top).  Another star in the making!

Talking of stars we come to Falco who did nothing wrong in Luhmuhlen and so nearly made it home from the cross country with Tim.  As we know, Tim left his steed at the water after a particularly massive leap from Falco and then Falco went walkabout in the forest for some time.  Presumably he returned when he realised there were no staff in the woods as he is pretty partial to as much help as is available.  Tim rather owed Sue Benson one after that and he and Falco skipped around the Intermediate novice for another convincing win before they head off to Jardy later this week.

While Tim was back in Sue’s good books he managed to offend Susan Lamb who owns Happy Boy along with Terry Miller.  Happy did a smart test in the Open Novice for a 27, left all the fences up in the showjumping and, being on a roll, Tim quickly got changed and headed off cross country for a super run adding nothing to his score and finishing 2nd.  As he hacked back to the truck both he and Happy looked pretty pleased with themselves  which was actually quite short-lived as no sooner had Tim headed up the steps for a quick lie down in the shade one rather stern looking Susan ascended the steps at a fair pace.  Ooops….. turns out TP had headed off early and his owner had missed the ( stunning) cross country round! Quite rightly Susan was not amused and TP put his hands up to the error and as we sat outside Harry Meade headed for the steps with a smile on his face.  We advised him to “give them a minute” but Harry really should have gone into the diplomatic service as after enquiring as the nature of the problem he shot up the steps and proclaimed loudly that “they are making us all start the cross country early today” which was like something straight out of panto!

Never one to quit while he is ahead Harry then enquired of Susan, “Wouldn’t you rather have a rider who is a superb horseman but quite uselessly disorganised as opposed to  vice versa?”

It’s a good question and I think even Susan grudgingly agreed he had a point.  In any crisis #JustCallHarry is going to be our new line of defence! 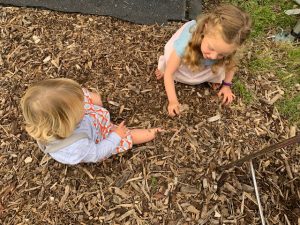 The day ended with a fabulous drinks party superbly organised by Ginny Loisel and attended by owners and riders and other supporters to celebrate Tim’s NO.1 status.  Graeme Thom gave a great speech, as did Sir Mark Todd at a relaxed and fun party which was jointly hosted by Keyflow and overlooked the main arena on a beautiful summers evening.  Ginny had procured a fantastic cake which was decorated by edible photos of the horses who had contributed to Tim’s recent run of success and Tim also gave a nice speech thanking the whole team that is behind him and Jonelle and crediting everyone with his achievements.

Coco Price happily tried to bury Otis Price alive which I think shows true spirit and a good time was had by all.